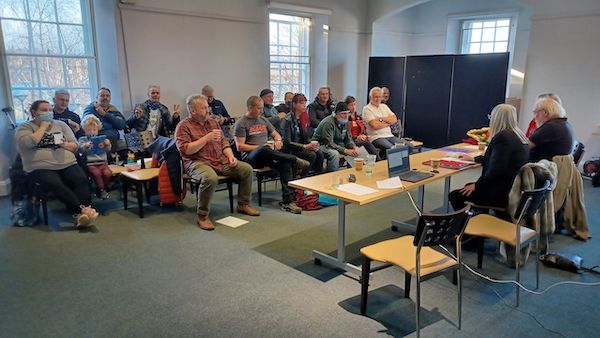 The AGM was held in the Sandeman Room of the A K Bell Library in Perth. There was a good turnout of around 25 members. The secretary, Teeny Russell stood down and her place was taken by long time club member Neil Downie. Neil was voted in by a unanimous show of hands. The rest of the committee were voted back in their existing positions.

Due to the club no longer being affiliated to Ducati a few changes to the constitution were agreed.
It was also agreed that the membership fee would now be a flat rate of £10 for everyone, new members and renewing. This is also reflected as a change to the constitution.